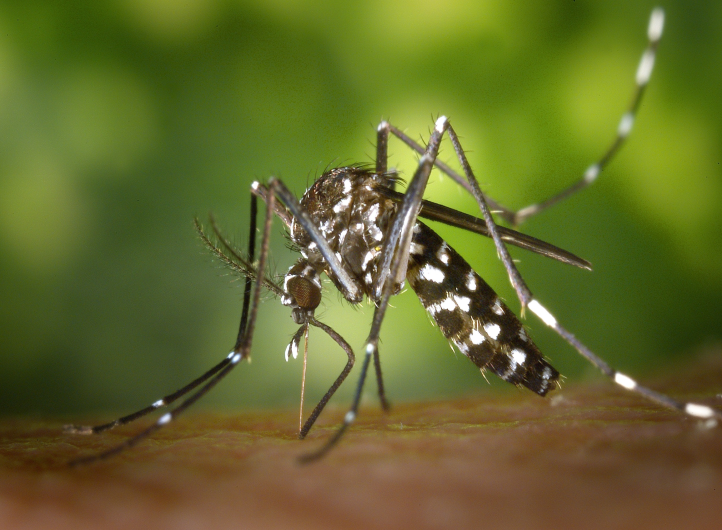 For many of us, the Zika Virus epidemic of 2016-17 seems like a distant memory. At the time, however, the disease received widespread global news coverage, changed travel plans and the tourism sector, and most of all, had significant, life-long effects on the health of infected children and families.

And then suddenly, it was gone. Case numbers dwindled, panic subsided, and other news stories took the forefront.

But did the virus really disappear?

For World Mosquito Day this year, we’re exploring how the Aedes mosquito (responsible for transmitting Zika) caused an international health crisis. We’ll also be looking at the current level of Zika Virus risk and how travellers can stay protected.

Most people fully recover from the illness within 7 days. But when a pregnant woman becomes infected, the virus can be transmitted to her fetus and can cause microcephaly (decreased head size which may lead to developmental delays) and other severe brain abnormalities.

The start of the epidemic

The Zika Virus epidemic began in December 2014, when Brazil reported cases of an unknown infection. By May 2015, the mysterious illness was identified as Zika Virus and cases were recorded across the country, primarily in the northeastern states of Pernambuco, Rio Grande do Norte, and Bahia.

It’s suspected that the virus made its way to Brazil from French Polynesia during the 2014 World Sprint Championship, held in Rio de Janeiro. Prior to its arrival in Brazil, Zika had been circulating in Africa and Asia but few cases had been documented due to its mild symptoms and similarity to other infections.

Five months later, reports of babies being born with microcephaly were flagged in the northeastern region, followed by other areas of the country. Scientists began linking cases of microcephaly to Zika for the first time. As the virus continued to spread and cases of babies born with brain abnormalities increased, Brazil declared a national public health emergency.

Travellers to and from Brazil contributed to the virus’ international spread – by 2017, active transmission was reported in 48 Latin American and Caribbean countries and 20 Pacific countries. In February 2016, the World Health Organization declared Zika Virus a Public Health Emergency of International Concern which brought international attention to the disease and encouraged coordinated efforts to combat its spread.

But by the end of 2016, the emergency warnings were lifted and the Zika epidemic was declared over.

The end of the epidemic

The epidemic came to an end largely due to effective mosquito control and because enough people in the population at risk gained immunity through infection.

The virus was initially able to spread quickly and easily in Brazil because of the behaviour of the Aedes mosquito, which is very difficult to control. The Aedes mosquito prefers to feed on humans and breeds in open ditches, water storage containers, old tires, and vessels like toilet tanks. This makes it highly adaptable to urban environments, especially heavily populated cities without widespread sanitation infrastructure.

At the time, Brazil and many other South American countries had retired their mosquito control programs of the 1940s and 50s after successfully eliminating Yellow Fever in urban areas. As a result, no money was dedicated to monitoring the Aedes population when Zika Virus landed. This situation also allowed other mosquito-borne diseases such as Dengue and Chikungunya to re-emerge.

In addition, the Brazilian population was highly susceptible to Zika Virus infection because they had never been exposed to the virus before. However, as more people became infected they gained immunity to the virus. This caused a steady decline in case reports – by 2017, 13,353 cases in Brazil were reported compared to more than 200,000 in 2016. It’s not clear how many people were infected in Brazil but it appears that the transmission cycle continued until enough people gained immunity (known as herd immunity).

In response to the epidemic, Brazil and many other affected countries increased their mosquito control measures by eliminating mosquito breeding grounds such as removing open containers for water storage, filling in open ditches, and spraying affected areas.

Where did Zika go?

In most countries Zika transmission has slowed or halted for now, but outbreaks could still occur in areas where the Aedes mosquito is present and initial outbreaks did not lead to widespread population immunity (particularly in Asian and African countries). In these cases, previously unexposed populations like children could be most at risk; there is still potential for new epidemics as it spreads to non-immune populations. There are also 61 countries and territories that have the Aedes mosquito but have not yet documented Zika transmission, meaning their entire populations could be susceptible.

Based on the transmission patterns of similar diseases like Dengue and Chikungunya, we could see Zika infections reoccur in shorter and smaller outbreaks based on the seasonal pattern of the Aedes mosquito. These mosquitoes and the viruses they carry have proven themselves to be adaptable to ecological pressures (such as rapid urbanization and climate change) and are quick to spread in favourable environments.

What we still don’t know is if previous infection provides lifelong protection or if immunity wanes over time. We also don’t know whether vaccination against Yellow Fever or Japanese Encephalitis (similar viruses to Zika) offers some protection.

What should travellers do?

Zika Virus is still a risk in many countries around the world (see a full list here). Risk is assessed based on history of previous transmission and the possibility of ongoing circulation. All areas with previous Zika reports have the potential for re-introduction or re-emergence of the virus.

It is not possible to determine specific levels of risk for each country. This is because Zika cases are difficult to identify due to their asymptomatic presentation and coinfections with Dengue and Chikungunya. Many countries also have limited surveillance and reporting systems, which can lead to cases not being reported, being under-reported, or delays in reporting.

As a result, travellers going to an area at risk of Zika Virus transmission should continue to practice meticulous mosquito bite prevention measures during the daytime.

Pregnant travellers and those considering pregnancy

Travellers who are pregnant or considering pregnancy should consult a travel medicine specialist to discuss travel to an area with risk of Zika Virus transmission. It’s important to keep in mind that the risk of Zika Virus in a country may change at any time.

If you suspect you may have contracted Zika, contact your healthcare provider for a referral to an infectious disease specialist. Consider getting tested if you have Zika Virus symptoms, have symptoms and are pregnant, or become pregnant less than 2 months after possible exposure to the virus. To find out more about Zika Virus testing and if testing is recommended for you, check out this resource.

There’s still a lot more we need to understand about this complex and evolving virus. The Aedes mosquito has proven itself to have staying power and Zika continues to be a threat, but what other pathogens are out there poised for an epidemic? In a world with global climate change, increasing international travel, and growing cities, there’s a lot of work we need to do together to ensure we are adequately prepared for what comes next.