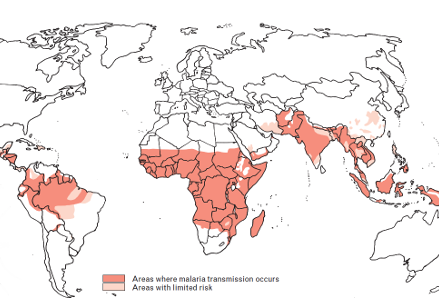 What will you do to end Malaria?

Today is World Malaria Day and we’ve updated our Malaria resources! Our World Malaria Risk Chart outlines risk areas around the world, including locations affected by drug-resistant Malaria. The April 2016 edition provides more detail and additional notes about which areas are risk free and where risk is present. We’ve added additional detail for specific regions in Bhutan, Colombia, the Philippines, and Swaziland.

The How To Protect Yourself Against Malaria whitepaper gives you an in-depth look at the Malaria parasite’s lifecycle, the behaviour of the Anopheles mosquito, insect bite prevention measures, and antimalarial drug recommendations.

Fake antimalarial medications are a big problem in many countries where Malaria is endemic (circulates continuously). Fake medications (including substandard, spurious, falsely labelled, falsified and counterfeit medical products) are compounds that contain toxic chemicals, the wrong ingredients, not enough or too much of the active ingredient (the part of the medicine that treats illness), fake packaging, or a combination of these characteristics.

Many organizations, governments, and companies are working to eliminate these products from the market and enforce legislation to end the trade in fake medications. The Cambodian government, for example, has established an inter-ministerial committee to end the trade of counterfeit medical products. The Medicrime Convention is also a promising move toward fighting counterfeit medications on an international scale.

New technologies help pharmacists, health practitioners, and companies ensure a safe drug supply. Tools like the “lab on a card” allow pharmacists to test the quality of medications before dispensing them to their patients. Pharmaceutical companies like Sanofi use high-tech methods to test the chemical composition of a medicine for its dosage and ingredients.

We have partnered with Fight the Fakes, a coalition of health, pharmaceutical, government, and education organizations working to raise awareness of fake medications. Fight the Fakes promotes resources about counterfeit medications (including antimalarials). They also provide information about how to report suspicious medications to your country’s health authority.

Quick tips on how to prevent Malaria

Before you travel to an endemic area, learn about mosquito behaviour, Malaria transmission, and how to prevent mosquito bites. (Hint: Our World Malaria Risk Chart and How to Protect Yourself Against Malaria whitepaper are a great place to start!) Be sure to use both physical and chemical barriers to prevent insect bites throughout your trip.

Take a full supply of antimalarial medications to last your trip and buy them from a trusted pharmacy at home. This helps reduce the risk of accidentally buying fake medications at your destination. Be wary of buying medications online.

If you’re unable to buy antimalarial medication before your trip and have to buy it abroad, always purchase from a reputable pharmacy. Never buy medications from a street market.