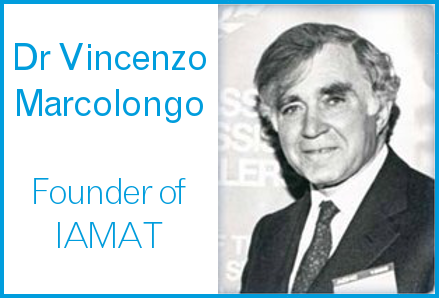 It all started with a painkiller.

The incident that spurred Dr. Vincenzo Marcolongo to dedicate his life to travellers’ health occurred in Rome in 1960. Norma Beecroft, a Canadian music student studying in Rome, had been prescribed the painkiller aminopyrine by an Italian physician. Within a few weeks of starting the painkiller, Beecroft became seriously ill. Unbeknownst to her physician, the painkiller was destroying her white blood cells, causing acute leukopenia.

By the time she was referred to Dr. Marcolongo by a non-English speaking colleague, her condition had dramatically deteriorated. Dr. Marcolongo, an English-speaking Italian physician, had trained in Montreal and recognized that aminopyrine, a common drug in Italy at the time, could cause adverse reactions in patients of Anglo-Saxon descent like Beecroft. After changing her medication and receiving a series of transfusions and antibiotics, Beecroft recovered fully under Dr. Marcolongo’s care. Her care was the catalyst that shaped Dr. Marcolongo’s life and the focus of his work.

Norma Beecroft’s experience happened in the early days of mass travel, with jets making far-off destinations easier to reach than ever before. With increasing numbers of international travellers came new challenges in medicine. These included language barriers, different medications and dosages across countries, and increased cross-border movement of infectious and parasitic diseases. In Dr. Marcolongo’s words, “with the progress of technology and the consequent increase in communications, people are no longer confined within the boundaries of their own country. In view of the medical aspects involved in travel, it was obvious that an active co-operation among physicians throughout the world was required.”

Dr. Marcolongo founded IAMAT out of concern for travellers’ health. IAMAT began as a global network of English-speaking physicians trained in North America, which simplified English-speaking travellers’ medical care abroad by removing the language barrier and ensuring a consistently high standard of care. His goal was to keep travellers healthy by uniting doctors and avoiding unintentional errors like the aminopyrine prescription that almost cost Norma Beecroft her life.

As Dr. Marcolongo told the American Medical News in 1985:

“The physicians are proud to participate. They know that they are part of a select, carefully screened group of distinguished physicians and respected medical institutions. There’s a sense of solidarity between them, a knowledge that they are doing something constructive for human relations. For IAMAT’s philosophy is that peace can only come with understanding. Cooperation among the physicians of the world is essential.”  (From “IAMAT’s Publications Assist Travelers Worldwide,” American Medical News, 16th of August, 1985.)

Dr. Marcolongo made travellers’ health his life’s work. For over two decades, he travelled extensively to expand IAMAT’s medical network and to research and raise awareness of travel health issues, with a focus on malaria. His vision of making the world a healthier place to travel is still central to our work today.

Visit our 55th Anniversary page for more articles celebrating milestones in our history, our work, and our relationships with doctors and travellers. Here’s how you can get involved: