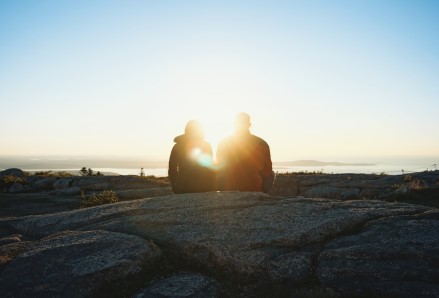 It’s easy to get swept up in the excitement of a holiday romance – but while the sand, sea, and sun set the mood, a Sexually Transmitted Infection (STI) can quickly ruin it.

Many travellers have sexual intercourse with a new partner while away from home.  However, approximately 50% of people who engage in new sexual relationships abroad inconsistently use condoms.  As a result, a large number of STIs occur in returning travellers.

Wherever you go, sexual health awareness should be an important component of your pre-trip planning to protect your health and the health of your prospective partners. In celebration of Sexual and Reproductive Health Awareness Week, we’re highlighting five important things every traveller should know about sexual health.

1. STI cases are increasing in many countries.

Recently, chlamydia, gonorrhea, and syphilis have been increasing in many countries around the world. The CDC reports that since 2013 in the United States, gonorrhea cases have increased by 67%, syphilis cases by 76%, and chlamydia cases by 22%. Syphilis cases also increased rapidly in Japan, with 6,096 cases in 2018 compared to 621 in 2010. Countries such as Canada, the United Kingdom, and many others across Europe and Asia have also reported significant increases in these STIs.

The rise in STIs is due in part to more relaxed attitudes towards unprotected sex and reduced condom use, as well as funding cuts to sexual health programs and services in some areas. With the ease of international travel, STIs can also spread faster.

The most common STIs in returning travellers include chlamydia, gonorrhea, syphilis, herpes, and chancroid. Travellers who have been sexually active abroad have also reported hepatitis B and C and HIV infections. Many STIs are asymptomatic – show no signs or symptoms – so you can unknowingly bring home an infection and spread it to other sexual partners.

2. Certain STIs may be more common at your destination.

STIs occur worldwide, but certain types of infections may be more common in different parts of the world. At your destination, you may find a higher prevalence of chlamydia and gonorrhea. On the other hand, STIs that are rarely found in your home country may occur more frequently at your destination. For example, lymphogranuloma venereum (LGV) is relatively uncommon in North America but is regularly found in Africa, Asia, South America, and some countries in the Caribbean. Other infections such as chancroid and granuloma inguinale are also more common in less industrialized countries.

Recently, international health authorities have raised concerns over the spread of antibiotic-resistant strains of gonorrhea and how travellers play a role in its transmission.  Gonorrhea is a very common STI that causes no noticeable symptoms in most people who become infected. If left untreated, it can lead to long-term health effects such as infertility.

Extensively drug-resistant strains of gonorrhea have been reported by several countries including Spain, France, Japan, Canada, and Australia. The UK also reported four cases, three of which were acquired abroad by travellers – two cases occurred in returning travellers from Spain and another in a returning traveller from Southeast Asia.

3. Your travel health insurance will typically not provide coverage for STI treatment.

STIs are diagnosed during travel as often as they are diagnosed after a traveller returns home. You should visit a doctor after having unprotected sexual intercourse with a new partner or if symptoms of an STI appear. Note that many STIs cause no visible signs or symptoms.

For help locating doctors at your destination, the IAMAT Medical Directory includes listings of English-speaking doctors in over 80 countries around the world.

4. Your destination may place restrictions on sexual health rights and services including birth control and emergency contraceptives.

Before you go, it’s important to be aware that not all countries share the same perspectives on sexual health, sexual orientation, and access to sexual health resources. Women and LGBTQ+ travellers may face discriminatory treatment from healthcare providers when seeking sexual health care or services.

Take the time to research your destination in advance. Cultural attitudes towards sexual health and orientation can differ by city, region, and country and your destination may have restrictive laws in place. For example, same-sex relationships are a criminal offense in more than 70 countries. A number of countries also have entry restrictions for travellers with HIV/AIDS.

5. You can reduce your risk.

All travellers who have sexual intercourse with a new partner are at risk of acquiring an STI. However, if you do decide to be sexually active while abroad, there are ways you can reduce your risk.

No matter where you travel, the following precautions are recommended:

Note: It is essential that you and your partner both consent to engage in any sexual activity. Remember: you can withdraw consent at any time. If you experience sexual assault abroad, contact your home country’s embassy or consulate immediately.

Whether you choose to have sexual intercourse with a new partner during your trip is a personal decision. However, deciding not to use a condom is a dangerous one. Your sexual health is important wherever you travel and with every partner.

Travellers who go abroad with the specific intention of having sexual intercourse are at high risk of acquiring an STI. Sexual tourism is a lucrative industry that exists worldwide. It negatively affects community health, gender equality, economic equality, and fuels the spread of STIs, particularly HIV.

Learn more about sex tourism and how you can support efforts to end the practice here.