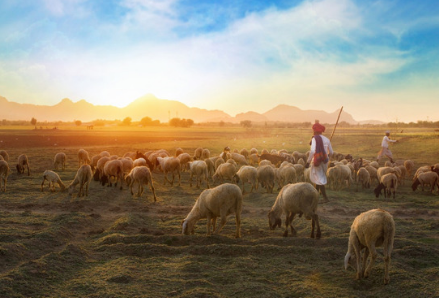 What does “health” mean to you? Maybe it means getting vaccinated, having access to medical care, or staying in good physical shape. But what if “health” included the world around us too?

One Health is a concept that supports the interconnection between the health of the environment, animals, and humans. It’s often defined as a collaborative and interdisciplinary approach that involves public health practitioners, scientists, veterinarians, and policymakers working together locally, regionally, and globally to improve health.

In celebration of One Health Day this November 3rd, we take a look at the relationship between travel health and the One Health movement.

Why is One Health important?

A One Health approach considers the complexity and interconnectedness of global and environmental health challenges. Although the term ‘One Health’ is new, the concept has existed for centuries. Greek physician Hippocrates (460-370 BCE) wrote about the association between clean environments and human health in 400 BCE.

One Health has become more recognized recently due to the changing interrelationship between humans, animals, and the environment. Topics related to One Health include food insecurity, antibiotic resistance, and preventing the spread of zoonotic diseases.

What are zoonotic diseases?

Zoonoses or zoonotic diseases are infections that can spread between animals and humans. Approximately 60% of all infectious diseases in people originate in animals. Examples of large international zoonotic outbreaks include the 1918 Spanish flu pandemic, the HIV/AIDS epidemic, and the spread of Zika Virus in 2015-16. Humans can also transmit some infections like influenza to animals (this is referred to as reverse-zoonosis or anthroponosis).

Depending on the pathogen – disease-causing agents such as bacteria, viruses, fungi, or protozoa – a zoonotic disease can be transmitted either through direct contact with an animal or through an insect, contaminated food or water, or the environment such as inhaling Histoplasma capsulatum fungi spores from contaminated soil.

How does One Health relate to travel health?

Travel health isn’t just about keeping individual travellers healthy; it’s about protecting the health of entire populations. Travel health and One Health share a common goal of preventing the spread of zoonotic diseases – these diseases affect both people and animals and can spread across borders through the movement of an infected host.

There are interconnected challenges to preventing the spread of zoonoses. Human population growth and environmental changes – such as deforestation, habitat destruction, and climate change – can increase contact between animals and humans. This can lead to increased spread of zoonotic diseases, particularly infections like Yellow Fever and Ebola that originate in wild animals. These diseases can become challenging to control due to the ease with which people (and the pathogens they carry) can travel from one destination to the next.

Animals are also travellers. Changes in their migratory patterns or environment can force them closer to humans, introducing zoonoses into new areas and populations. The introduction of a zoonotic disease can also have serious economic consequences when animal populations that are used as a source for food or livelihood suddenly die or become ill (as seen by the spread of Avian Influenza).

An example of the intersection of One Health and travel health is the spread of West Nile Virus to the Americas in 1999. West Nile is a disease that’s primarily spread to humans and other animals by the bite of an infected mosquito. Mosquitoes become infected when they feed on an infected bird. In humans, infections are typically mild or asymptomatic (no symptoms occur) but severe forms of the disease can occur and include high fever, convulsions, paralysis, and encephalitis or swelling of the brain.

West Nile was first identified in a female patient in 1937 in the West Nile district of Uganda. The virus was then found in Israel, Egypt, Europe, South Africa, southwest Asia and Australia. Outbreaks continued to occur sporadically until the mid-1990s when the virus began to change – outbreaks became more frequent, caused more severe forms of infection, and moved to urban areas.

A veterinarian, Dr. Tracey McNamara, first noted the connection between the two incidents which led to the conclusion that the illness was caused by West Nile Virus. Within 3 years, the virus spread across the continental United States, establishing itself in 44 states and five Canadian provinces. The virus is now endemic (circulates continuously) in parts of North America, Europe, Africa, the Middle East, and west Asia, and is now spreading to Central and South America.

It’s unclear if the virus arrived in New York City through an infected traveller or migrating bird, but the spread of West Nile throughout North America demonstrates how quickly a disease can establish itself in a new environment. Collaboration between human and animal health experts has proven necessary to control and monitor West Nile outbreaks. Birds become ill before humans, so they are an important signal that the disease is beginning to spread.

As of November 2018, there is an ongoing outbreak of West Nile virus in some European countries, the United States, and several provinces in Canada. For a full list of countries that have reported cases, see West Nile Virus.

How can I support One Health as a traveller?

As travellers, it’s important to be considerate about our role in the global ecosystem. Being a responsible traveller involves investing time into understanding the risks and knowing how to prevent them so we can minimize our health footprint. It also involves being conscientious of how our actions, from recycling to voting, impact the health of other people, plants, animals, and the environment we share. Whether travelling or at home, take steps to ensure that your interactions with animals are safe to minimize the risk of zoonotic disease transmission. It only takes one infected traveller to alter the health of many – don’t let that be you!