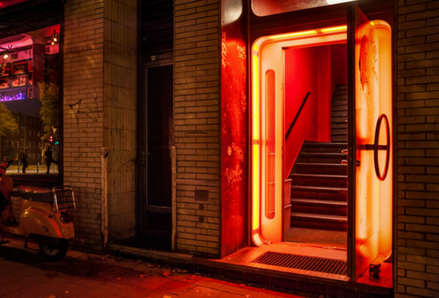 Within the last 20 years, the number of international travellers has more than doubled and is expected to reach 1.8 billion by 2030. The growth of the travel and tourism industry has many positive outcomes for individuals and their communities, but it can also increase risks among vulnerable populations, including women and children. A recent global study found that the rapid expansion of the travel industry has coincided with significant growth in sexual tourism, a pervasive form of exploitation that occurs around the world.

Sexual tourism, particularly the kind that targets children, represents the unseemly underbelly of the travel industry. As global citizens and responsible travellers, we can help end this practice.

What is sexual tourism?

The term “sexual tourism” is defined as travel specifically arranged for, or planned by, travellers to facilitate the procurement of sex. In this context, these travellers are referred to as “sex tourists”.

Sexual tourism encompasses travellers who have a general pleasure-seeking attitude towards casual sex with fellow travellers or local people. It may also involve specifically arranged tours to gain access to full time commercial sex workers in destination countries, or to satisfy a specific desire to have exploitative and illegal sexual contact with children. Many commercial sex workers and children are forced to engage in the trade as a result of deceptive practices and are part of human trafficking networks.

Why does sexual tourism exist?

Sexual tourism is a very lucrative industry that spans the globe. Estimates from ECPAT International show that each year, approximately 250,000 people travel internationally to engage in sex tourism with children and youth and that the industry generates over $20 billion in revenue.

Southeast Asian countries have long been prime destinations for child sex tourists, but in recent years, countries in East Asia, Central America, and South America have been increasingly popular destinations as well. Furthermore, many regions (including countries in North America and Europe) that were previously thought of as departing countries for offenders are becoming sexual tourism destinations.

Both sex trafficking and sexual tourism fuel the spread of HIV infection and other sexually transmitted infections (STIs), and pose a threat to community health, poverty alleviation, gender equality, and human emancipation.

Who are sexual tourists?

Sexual tourists have varied characteristics and motivations. They include persons of any gender travelling abroad or domestically for the purposes of procuring sex. While the majority of sexual tourists are men, women do account for a small proportion of offenders.

Many sexual tourists are “situational abusers”, meaning that they may not consistently engage in the practice but will take advantage of the opportunity when it arises. They can be any type of traveller, including tourists, volunteers, or persons who travel for work.

Sexual tourism allows these individuals to feel free from the social restraints governing their behaviour at home. They discard their moral values abroad and think they can escape the consequences by taking advantage of weak legal systems and the anonymity afforded by travel.

What can be done to prevent sexual tourism?

All travellers should be aware that sexual tourism is both morally reprehensible and illegal. Even if prostitution is legal in a country, engaging in human trafficking, non-consensual sex, sex with a minor, or child pornography are criminal offenses often punishable under the laws of the destination country and the traveller’s home country.

Ways you can help:

For more information and ways you can help, see the following resources:

Implications of Sexual Tourism was written by the late Alan J. Magill, Director of Malaria Programs at the Bill and Melinda Gates Foundation and the Past President of the American Society of Tropical Medicine and Hygiene and the International Society of Travel Medicine. Alan was a friend and supporter of IAMAT and kindly granted us permission to use Implications of Sexual Tourism before his passing in 2015. It has been adapted by Claire Westmacott for the purposes of this blog.