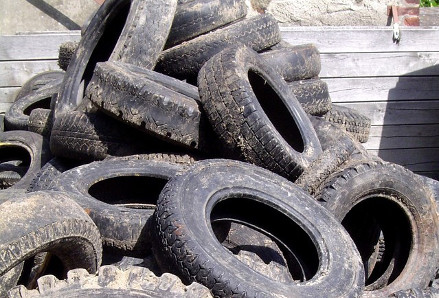 Compared to other diseases whose flare-ups have captivated the media, Dengue is a slow burn. In 1970, only 9 countries experienced severe epidemics of Dengue, but today the virus circulates continuously (endemic) in over 100 countries – including parts of Africa, the Americas, the Mediterranean, Southeast Asia, and the Western Pacific. Mild cases often go unnoticed or unreported, so it’s difficult to estimate the number of people affected, but one study suggests that 390 million infections occur each year.

Dengue is a viral infection transmitted by daytime biting female Aedes aegypti and Aedes albopictus mosquitoes. Many people who are infected are asymptomatic, meaning they don’t have any symptoms, while others have flu-like symptoms with fever, rash, and muscle, joint, and bone pain. In its most severe form, the illness can progress to Dengue Hemorrhagic Fever (DHF) and Dengue Shock Syndrome (DSS), which can be fatal.

There are four closely related Dengue viruses (DENV-1, DENV-2, DENV-3, DENV-4) which add to the complexity of the disease. If you are infected with the same serotype (DENV-2, for example) you become immune to subsequent DENV-2 infections, but immunity wanes for the other three serotypes over time. As a result, getting infected by a different serotype (first by DENV-2 and then by DENV-3) increases your risk of developing of DHF. There is no cure for Dengue. Treatment includes supportive care of symptoms and a lot of rest.

There are several Dengue vaccine initiatives all at different stages of development. Dengvaxia by Sanofi Pasteur is the first vaccine on the market and has been recently approved for use in Brazil, Mexico, El Salvador, and the Philippines, with more countries planning to introduce it shortly. The World Health Organization is still analyzing data concerning the vaccine’s safety, efficacy, dose scheduling, and cost-effectiveness. Trials for this vaccine have shown that it has lower efficacy rates for DENV-1 and DENV-2 serotypes. The vaccine is only available to people living in Dengue endemic areas. There are currently no plans to make it available to travellers.

Tiny solutions to a big problem

In the quest to eliminate Dengue,  scientists are currently undertaking field tests on genetically modified mosquitoes. Oxitec is engineering Aedes aegypti male mosquitoes that are released into the environment to mate with wild females whose offspring die before they become adults. Field testing has been done in Malaysia and the Cayman Islands, and is currently taking place in Brazil and Panama. The company says that this method is 90% effective at eliminating mosquitoes.

The Eliminate Dengue Program, on the other hand, is using a less invasive method by inserting Wolbachia bacteria in Aedes aegypti mosquitoes. This bacteria blocks the Dengue virus from replicating in the mosquito so it is no longer infective. Wolbachia is a naturally occurring bacteria in 60% of insects but not mosquitoes. Field tests are currently being done in Australia, Brazil, Colombia, Indonesia and Vietnam.

Dengue is a neglected tropical disease (NTD). As with other NTDs, low income communities are often the hardest hit. For people living in endemic countries, Dengue puts stress on the local health system, which also prevents patients with other conditions from receiving the medical care they need. In 2015, a massive Dengue epidemic spread through Delhi and other parts of India, forcing local hospitals to cancel other procedures in order to care for Dengue patients. In addition, medical care may not be available for people who fall ill with Dengue and simple prevention methods like installing screens on windows and doors may not be affordable.

Travel, international trade, unplanned urbanization, and climate change have contributed to the spread of the Aedes aegypti and Aedes albopictus mosquitoes. The mosquitoes thrive when living near humans (in cities or suburbs) that offer ideal breeding sites like puddles, water tanks, containers and old tires. Lack of reliable sanitation and regular garbage collection also amplify the problem. See this map for media reports of Dengue in the past three months.

Government-led campaigns against Dengue often include insecticide fogging, public education, and increased surveillance of mosquitoes and disease reporting.  In the long term, investing in urban infrastructure and eliminating poverty will bring us closer to eradicating Dengue.

If you’re visiting an area with a risk of Dengue, be diligent about avoiding mosquito bites: wear long-sleeved, loose, light-coloured clothes during the daytime (such as cotton or silk), use insect repellent with 20%-30% DEET or 20% Picaridin, and get rid of any standing water nearby. Ensure that there are no rips in window screens and that screens fit tightly. If you rest during the day, rest under a bed net.

The global distribution and burden of Dengue – Nature

WHO Health Topics: Dengue – WHO

Buzz kill: Taking a bite out of Dengue fever with genetically modified mosquitoes – The Globe and Mail

Finally, A Vaccine Against Dengue? – HealthMap

Article by Tullia Marcolongo and Daphne Hendsbee.
Photo by FreeImages.com/RonaldSchuster