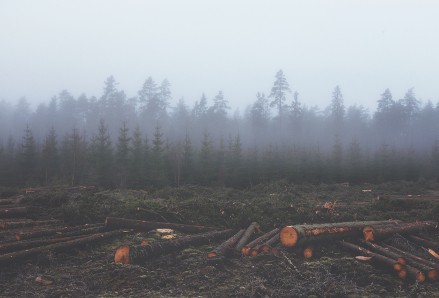 Ever wonder how climate change impacts you as a traveller?

Delays and unexpected costs related to extreme weather events, loss of biodiversity, and elevated air pollution levels are some of the things you may experience during your travels.

The impact of climate change on our health extends beyond respiratory illnesses, increased heat strokes, and water shortages. Epidemiologists and evolutionary biologists have been sounding the alarm on the rise of infectious diseases for a long time.  In recent years we’ve seen a spike in vector-borne diseases which are also spreading to new regions.

Here are a few that we’ve been tracking:

Changes in temperatures, rainfall, and humidity levels allow vectors like mosquitoes, ticks, rodents, and bats to multiply or migrate to new areas to survive, bringing infectious diseases along with them. These vectors are also being displaced as a result of deforestation, urbanization, and the demands of economic development. It is believed that deforestation in Guinea is partly responsible for the Ebola outbreak, forcing the most likely vector of the disease – fruit bats – to come into closer contact with humans. As floods and more frequent rainfalls are on the rise, diarrheal diseases and Leptospirosis are a serious threat, especially in areas with poor sanitation.

Climate change modifies the evolutionary processes and behaviour of vectors and parasites. While these changes may be subtle to us humans, they have a huge impact on how we prevent the spread of infectious diseases. For example, if mosquitoes carrying diseases like Malaria, Dengue, or Japanese Encephalitis become more aggressive, if they fly at different times, or reproduce faster, our current public health prevention methods need to be updated.

While climate models help scientists predict the movement of infectious diseases, taking into account international travel patterns, migration, population growth, land use changes, and urbanization will help us better assess how to respond to the health challenges caused by climate change.

Below are 5 articles that address the issue of climate change on human health and healthcare systems.

In this podcast, scientists explain how changes in climate cause animals to move in new patterns and allow parasites to jump to new hosts. The podcast explains in detail how researchers use climate and infectious disease modelling to prepare healthcare systems in high-risk areas for changes in the spread of infectious diseases.

What is a “vector”? This quick read from SciDevNet explains key terms like “vectors” and “vector-borne disease” and highlights the importance of preparing the health sector for climate-related changes in diseases like Malaria.

Researcher Daniel Brooks (interviewed in the podcast above) says it’s no surprise that diseases are now appearing in regions where they haven’t been seen before. Changes in our ecosystems and climate force people and animals into new habitats and into contact with diseases they’ve never been exposed to before. (The abstract from Professor Brooks’ paper can be found here.)

Small increases in temperature and the growth of cities could allow the mosquitoes that transmit Dengue (female Aëdes aegypti and Aëdes albopictus mosquitoes) to move to areas where it is not currently endemic, such as Europe and mountainous areas of South America. Another recent study suggested that mosquito-borne diseases like Dengue could become established in the UK due to changes in climate, international travel and trade, and rapid urbanization.

“Climate change and its associated diseases are presenting new risks to everyone’s rights to life and health, irrespective of where they live.” How much does an outbreak cost in lost work days and healthcare expenses? How can we better adapt public health strategies to diseases affected by climate change? This academic article examines the current Chikungunya outbreak and its implications for public health and human rights.

WHO Atlas of Health and Climate: Detailed information, maps, and charts on the impacts of climate change on human health, including a chapter on infectious diseases.

Globalization, Climate Change, and Human Health: The New England Journal of Medicine explores challenges for the health sector in coping with climate change.