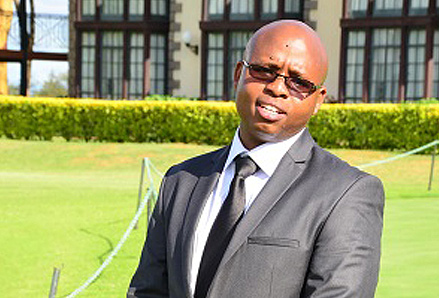 Dr. Kinama received the inaugural 2014 IAMAT Violet Williams Travel Medicine Scholarship to attend a travel medicine certification course sponsored by the South African Society of Travel Medicine in May. Here are 8 interesting facts about Dr. Kinama and what he learned during his training in Johannesburg.

A scholarship in honour of Violet Williams

Violet Turnbull Williams was born on February 14, 1922 in Yorkshire, England, and grew up in the village of Ormesby. She was one of three remarkable children born to Fred and Em (née Gower) Turnbull.

Because of her reputation at the one-room school in the village and her love of reading, Vi, as she was known, was given the run of the library in the Squire’s manor house. She was the first student in that little school to be granted a scholarship to extend her education. She was all set to continue to university, but World War II interrupted that. Though she never received an official degree, her love of learning persisted throughout her life.

Vi moved to London as a young woman and became a mental health counsellor. There she reconnected with a childhood friend, Griffin Williams. The two eventually married and moved to Hamilton, Canada, where Griff found work at the steel mills. Griff, as well as Vi’s father and brothers, worked at the Cargo Fleet Steel Company in Middlesboro, and so the move to Hamilton was natural enough.

Meanwhile, Vi’s brother Fred went from Cargo Fleet to Jessops Steel Company in Calcutta, India. He wrote fascinating letters back to the family during the four years he lived there, before he was tragically killed in an uprising at Jessops in 1949.

Her other sibling, Arthur, became an engineer, building paper mills all over the world. While Arthur, who was dyslexic, did not leave the legacy of letters Fred did, he did leave his considerable fortune to Vi when he died in the 1990s. Vi used Arthur’s money to support art and culture in the Hamilton area. She was a generous donor to the Hamilton Poetry Centre, the Bach Elgar Choir, the Bruce Trail Association, the John Laing Singers, IAMAT, and many others.

But perhaps the most touching monument she left was to publish Fred’s letters. They were published by West Meadow Press in 1996 under the title of Remember Me to Everybody: Letters from India, 1944 to 1949 by Frederick Gower Turnbull.

Vi died on February 3, 2012 and her ashes were scattered along the Bruce Trail.

– With thanks to Marc Castle.

You too, can sponsor an IAMAT scholar. Donate to the IAMAT Travel Medicine Scholarship Fund to provide scholars like Fredrick an opportunity to study and train in travel medicine or consider leaving a Legacy Gift like Violet Williams. Contact us for more information.